How a 24/7 Dom-Sub Relationship Works 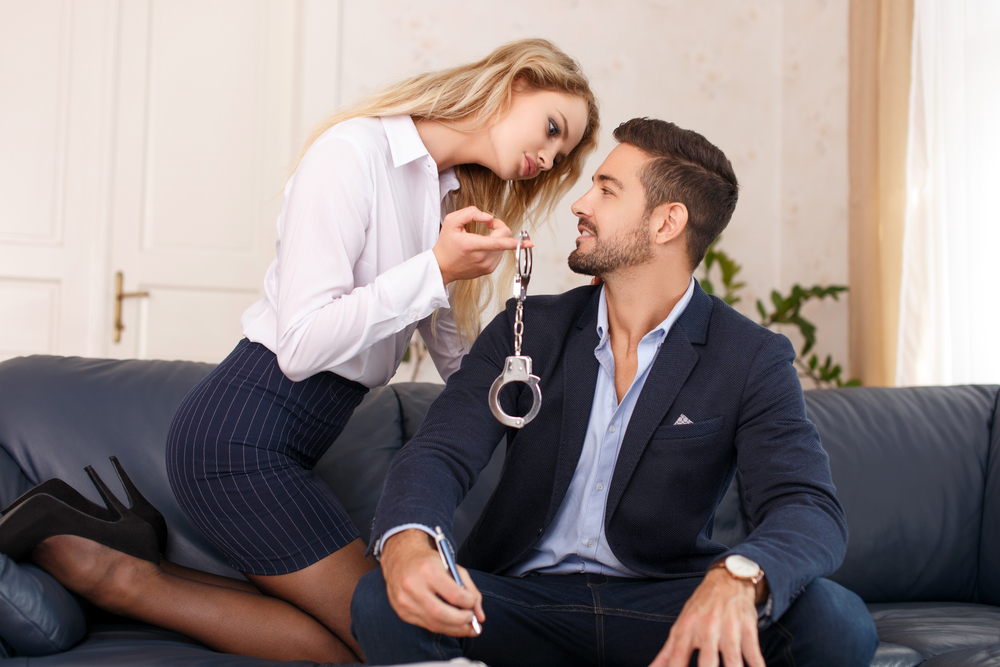 D/S relationships are based on what is called a ‘Total Power Exchange.’ Instead of trying to explain it all to you, I will give you examples of total power exchange relationships, so that you can understand them a little better, as there are always variants.

Pretty much the same as your traditional marriage, one spouse brings home the bacon, and one doesn’t. This is just an example of how it works, one takes control of the house, finances, etc. and the other doesn’t.

This one is not as popular as the rest, because in society today, women are seen as equal to men in many ways, where TIH does not allow for that. A good example are wolves. With her mate, the alpha-female wolf, would submit and be vulnerable only to him--but when she is on the hunt, she is a force to be reckoned with, a true Alpha. That is a TIH relationship. At home, the female submits to her male partner and he takes care of her in every way. But outside of the home she could easily be a CEO or President of a huge company, therefore, the Alpha female. At home, she chooses to let her male partner be the dominant, he takes care of her every need and she gives herself over to his control. As with all relationships, the roles can also be reversed. The one thing that does not play into the TIH are the BDSM games; they do not exist with them and are not a part of the relationship. It is a vanilla relationship by today’s standards.

From what I’ve learned during my research, and 24/7 D/S relationship is not about the sex or sexual games. Yes, some may be included, but it is far different than one could imagine. I give you this scenario for example.

A man and woman are married, with children and even a pet or two. Obviously, they live together as most married couples do, but the difference between them and other married couples is that they also have a 24/7 D/S relationship. To onlookers, they are simply a married couple with children and pets, nothing unusual about them. What those onlookers do not know is that he is the Dominant and she is the Submissive when not out in public. At home she calls him Daddy or Sir or even Master-except around their children-he takes care of the household just as a married man would,  yet she must ask him for his approval or agreement on most things, and together they have a criteria that must be met every day by her and even a contract outside of their marriage license. Then at night she kneels for him because she wants to show him, she is his, and would very much like her spanking before bed.  This is how they want their relationship to be, all are in agreement.  This is only one scenario that can occur in the 24/7 D/S relationship, the differences are vast, you will never find one that is the same...just like snowflakes.

When deciding to transition into a 24/7 D/S relationship, always check the stories, contracts, and definitions for everything. Do not rely on fetish sites to give you the whole truth, as they are mostly for fetish lifestyles and not what you would be looking for.

Do a little research on real life D/S couples and see how different they all are. Never, ever, judge a book by its cover. Enjoy!